Ocean Insight salutes women in the field of engineering. From the barrier-breaking pioneers of the 19th century to today’s innovators, women engineers continue to make a mark across academia, industry and research.

From the Brooklyn Bridge to the first automobile windshield wiper, women engineers have contributed in myriad ways to advances in science and technology. These achievements have been celebrated annually since 2014 with International Women in Engineering Day, with this year’s theme focused on “inventors and innovators.”

International Women in Engineering Day, commemorated on June 23, 2022, originated in the United Kingdom and has been recognized by UNESCO (United Nations Educational, Scientific and Cultural Organization) since 2016. The day was launched by the Women’s Engineering Society, a charitable organization that offers “inspiration, support and professional development” to women engineers, scientists and technologists.

Representation in the Workforce
By most accounts, fewer than 20% of professionals working in engineering worldwide are women. On a positive note, the percentage of women choosing engineering as a profession has increased in recent decades, and efforts to promote young people to pursue STEM disciplines have ramped up as well. In addition, trade organizations, non-profits and corporations offer mentoring, networking services, education and support to women in engineering and technology. Here are several resources:

In Their Own Words
Here are some thoughts from women customers and colleagues about pursuing careers in engineering, science and technologies:

On Inspiration
“My parents emphasized the joy of learning at an early age. Eventually, a microscope found its way under the Christmas tree. Together we’d look at plant cells from onion membranes and the hairs on small flies. I was hooked! It only emphasizes that what we do with our children, even very early on, to encourage curiosity and analytical skills can make a lasting impression. It’s really rewarding to see the creativity that gets unleashed by kids who get STEM, business and cultural exposures in grade school.”

“I’ve always had an entrepreneurial mindset and a love for engineering. Now, I can truly make a difference for customers, from designing electrical subsystems to developing engineering requirements.”

“Discovering and exploring things always has been my main interest. As a young woman, I accompanied a friend to an engineering university for his application. I read the college’s brochure and learned they offered various engineering fields. I thought that reaching space and bringing results back to Earth would be a boost for enhancing human knowledge … so I changed my focus and took a major in space."

On Challenges -- and Opportunities
“Even though I am part of a minority group as a Latin woman engineer, I have never felt that I cannot do something because of it. As my daughter grows up, I will definitely show her the importance of the sciences and technology. I will get her involved in STEM education as it is critical to inspire the next generation of scientists and engineers.”

"As woman, I had to face the problem of demonstrating my capabilities more than my colleagues at university. In my aerospace classes, I was the only woman! Later, in business, I learned how to stand for my point of view and ensure the fair way to be listened.”

“There are so many more options for a scientist than being in the lab. Having a foundational education in the sciences opens up so many career paths that you don’t think about when you’re in school. I’ve seen too many people give up on the science field because they didn’t enjoy lab work every day and we tend to think that this is our only option when it definitely isn’t!” 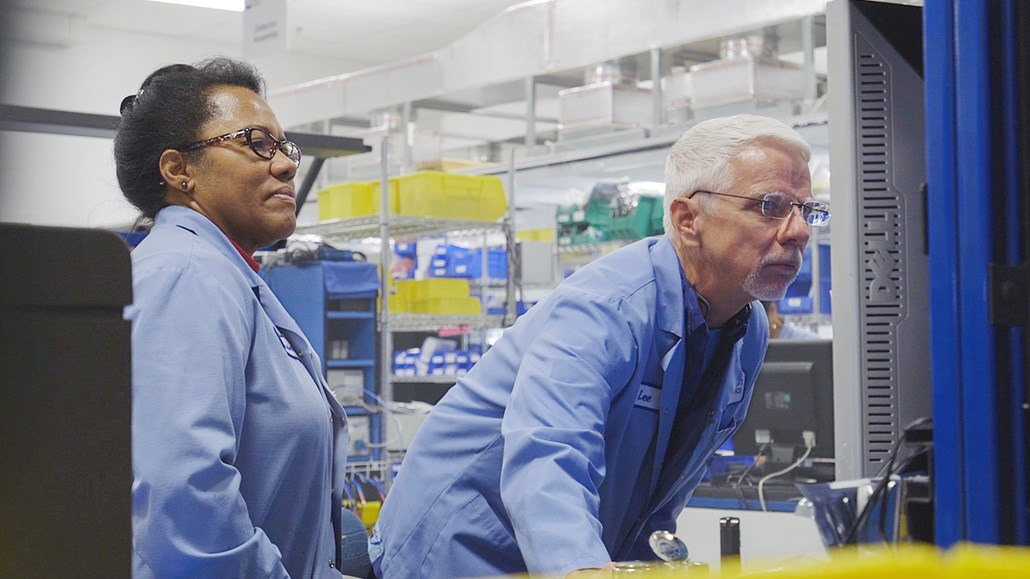 Embrace the adventure and become part of the growing team at Ocean Insight. View the open positions at our Careers Portal.

Understanding of the Natural World