Monitoring the Therapeutic Response of Cancer Patients to Drug Treatments 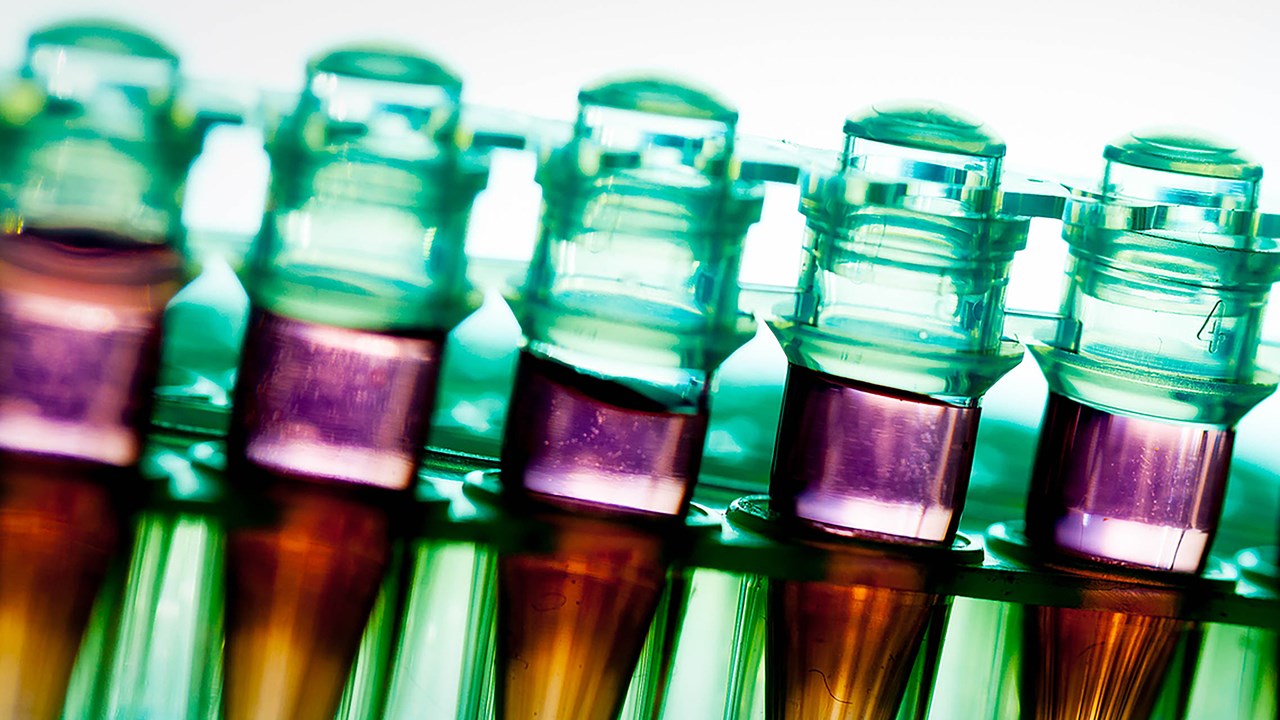 In this post, we profile top 2020 Ocean Insight Grant Program award winner Arif Cetin and his work developing an optical sensing platform to monitor the effectiveness of drug therapies for cancer treatment.

In the ongoing challenge to improve cancer diagnosis and treatment, faster, more accurate monitoring tools can boost patient outcomes and save lives. In this profile, Arif Cetin, a researcher at the Izmir Biomedicine and Genome Center in Turkey, discusses his work on a plasmonic assay platform with the potential to help clinicians more effectively manage drug therapies for cancer patients. This interview has been edited for length and clarity.

Q: You were the top grant winner in the 2020 Ocean Insight Grant Program, which was awarded earlier this year. How is the work progressing?

Cetin: Our experiments are going smoothly right now. We have a lot of data. Also, since I'm now using Ocean Insight HR4000 spectrometers, which are very small compared to the previous ones from another company, I’ve made the platform more compact, which is good.

Cetin: Actually, I was not aware of the program. Your distributor in Turkey [Optomek], they’ve known me for a very long time, so when they had the information about the Grant Program, they said maybe you should give it a shot. And then I received the biggest grant [$20,000 in Ocean Insight products], which was really good for my project.

Q: Your winning proposal involves using a plasmonic assay platform to monitor the effectiveness of cancer drug treatments. How does it work?

Cetin: The platform uses an optical chip. When you shine a light on that chip, the chip has a sort of filtering frequency for a specific bandwidth. But the position of that bandwidth changes when something attaches on the surface. So, the long story short is, when a biomass forms on the chip, its optical properties change. So, I seed cells in specific spots on the chip. When the cells grow or start to die, the total biomass on that spot changes. So I track the change spectrally using a spectrometer.

Q: So, the biomass is an indicator of cancer cell growth. Will your system work with different types of cells?

Cetin: At least in the early version of the platform, these cells should be adherent cells or they should attach on the surface because the whole process is called sensing by binding. But there are other successful methods for this type of analysis. For example, there are mechanisms like optical resonators, but for that, cells need to be suspended as opposed to my approach, which requires adherent cells.

Q: Part of the great promise of your research is speeding up the process of determining whether certain cancer drug treatments are effective. Can you elaborate?

Cetin: Compared to existing commercial methods, our method is much faster. In conventional methods, what you do is give drugs to the cancer patient for a couple of months. Then, at different periods, you get a biopsy and try to find any sign that's linked to the cancer. But that's why it's relatively longer -- you have to monitor the effect of the drugs for a longer period. With our platforms, within a couple of hours you can determine the therapeutic response of the cells. So, you give the drug to the cells; if the cells still gain mass, that means they're resistant. If they lose mass, that means the drug is really working on that particular cell therapy.

Q: How does this research go from an idea to a practical application?

Cetin: In my lab we don't do basic science. We are an engineering group and trying to see the problem from the instrument operator’s view. So, we try to make everything as simple as possible. For example, we are using a custom-made microscope hooked up to the spectrometer, and then we have our own user interface that can control the Ocean Insight products. We don't need any commercial software because we have to make everything as simple as possible, like clicking a button and getting the result. So, it's going pretty well. It looks like a beta product right now.

Q: Is the commercialization process as rigorous in Turkey as it is in other places?

Cetin: It takes a lot of time here, too. We definitely have a lot of work left to do. We just tested the commercial cell lines. We definitely need a patient sample. But at least we have data showing that this platform can be used as a commercial product.

Q: You mentioned your lab doesn’t do basic science. Is that because your institute, Izmir Biomedicine and Genome Center, is one of what Turkey designates as a “Research Infrastructure” facility?

Cetin: Izmir is directly associated with one of the government ministries. We are one of four research institutes in Turkey, and we are working in the life sciences. I have students and technicians, but I don't teach. I'm focusing only on research. That's why it's a very special institute. And that's why we're growing very fast. We also have our own budgets, which helps us move fast compared to academic institutes or universities.

Cetin: Izmir looks like a company, but it's as flexible as a university. That's good because I can choose my own projects. I have maybe 6-7 independent projects, and all of them are focused on commercialization of those technologies. As an engineer, it's a fun place to work.

Q: Everyone has had to adjust during the pandemic. How have you been affected?

Cetin: My research went faster because our main target in my lab is to develop biosensors. For example, we had to develop a biosensor to detect coronavirus. So we got different funding from the government. Also, we had an interview about one of the biosensors that I developed for detection of swine flu virus that came out right after the pandemic started in Turkey. And for about a month I was very popular in Turkey on the news just because of the pandemic. My family told me the news channels showed my interviews all day.

Q: Although you are an engineer by training, you work in the life sciences. How did that happen?

Cetin: I had a degree in electrical and computer engineering and worked with plasmonics. But the work was theoretical because we didn't have a cleanroom to produce plasmonic chips. But I was accepted into a Ph.D. program where my advisor was using plasmonic technology for biosensing applications in life sciences. At that time there was a strong wind toward plasmonic sensors because they enable you to do biodetection without any labels, which dramatically lowers the cost of biodetection. [Editor’s Note: There’s a good explanation of label-free biosensing in a 2019 forum at ResearchGate.]

Q: Your grant-winning work is part of a wave of research in cancer diagnosis and treatment that has really improved outcomes for patients in the last several decades. Where are we headed in the evolution of cancer research?

Cetin: Diagnostic methods are definitely much faster right now. That helps doctors to start treatments much faster. It helps many, many cancer types and increases the probability for patients to live.

For example, when I was at MIT, we were working with multiple myeloma, which is the second deadliest cancer type. You have to be as quick as possible to diagnose myeloma and find the best drug options. If you lose time, then the patient will die before you find the best treatment. Or your treatment is not really going to extend patient lifetime. We cannot stop cancer. But we can create faster diagnoses so that people have a better chance.

Cetin: I again thank Ocean Insight for such a generous grant, which expedited my research and helped me customize my platform. Without the grant, I wouldn’t be able to do that.

Apply Now for the 2021 Grant Program! 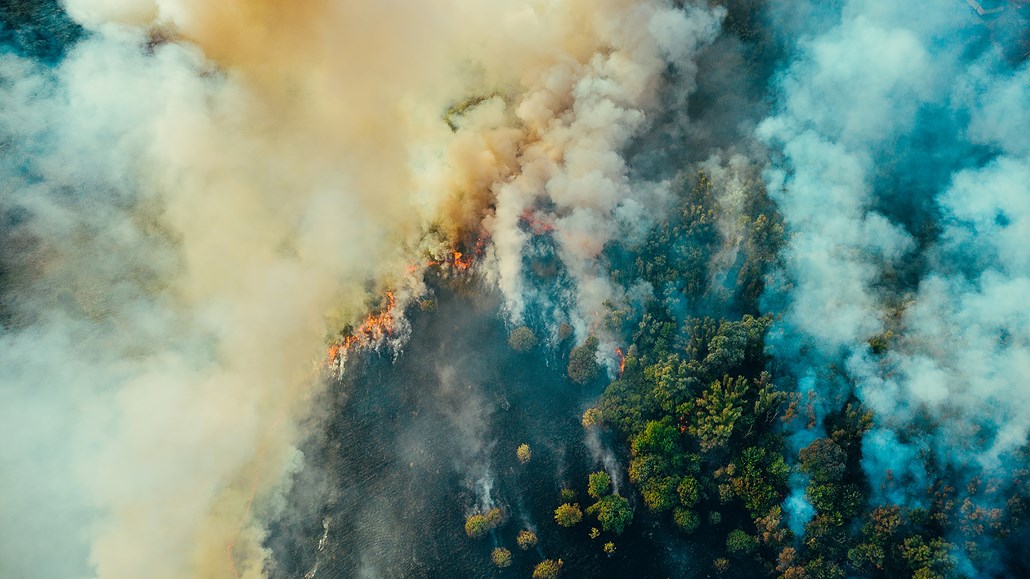 Santiago Arellano, a researcher in the Department of Space, Earth and Environment at Chalmers University of Technology, discusses his work measuring the properties of aerosols, fine particles and droplets suspended in air. 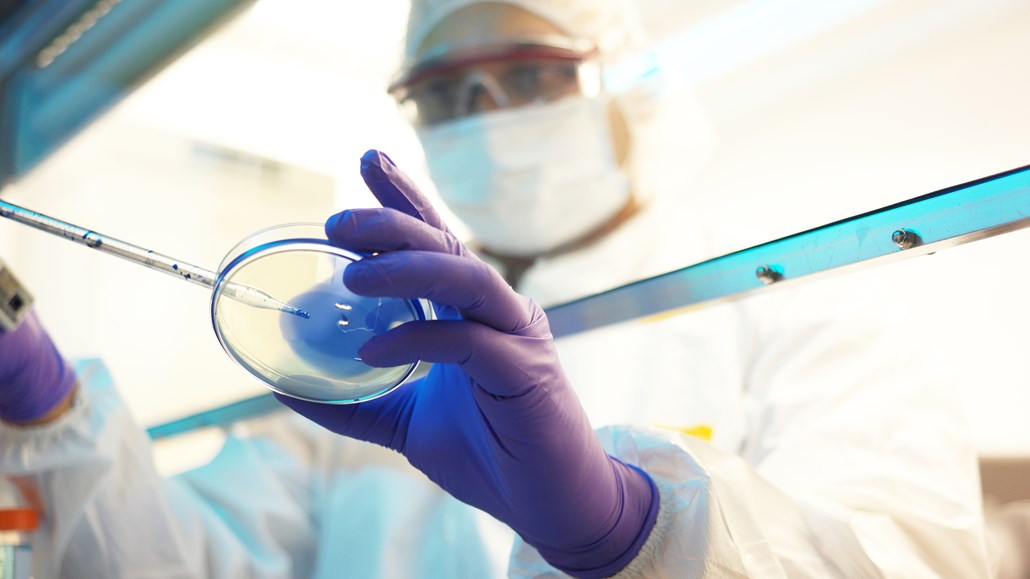 Our judging panel has announced seven winners. Congratulations to All! 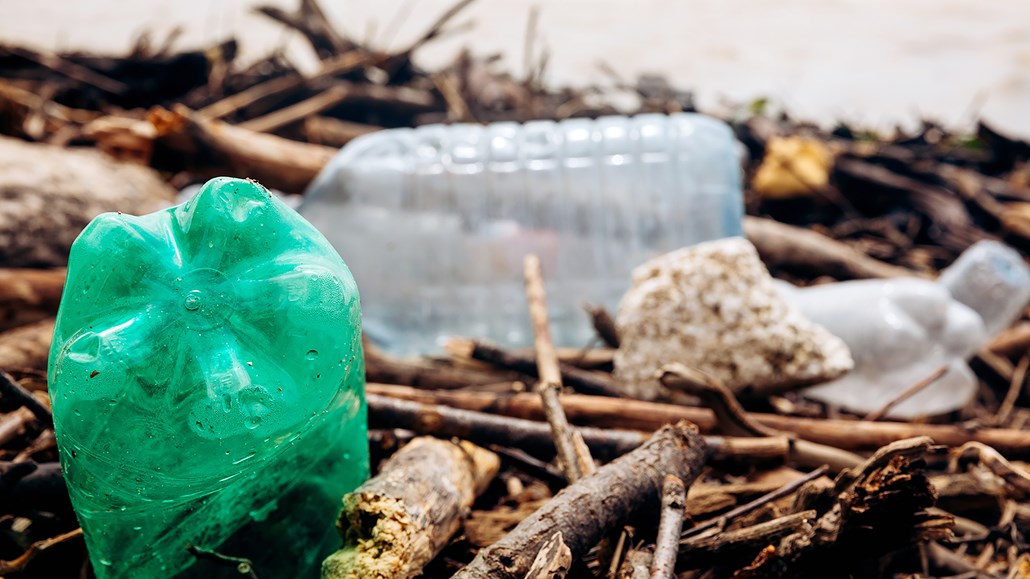 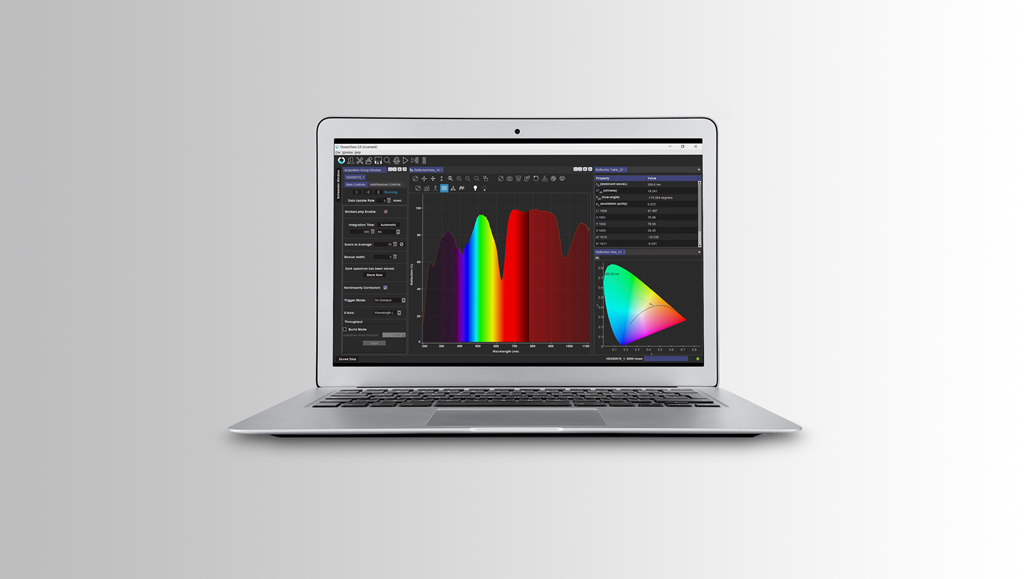 OceanView 2.0 is a smooth and powerful new version of our flagship spectroscopy application. The software runs on Windows, Mac OS and Linux, and controls Ocean Insight spectrometers.